Dr Sidi Mohammed, a member of the Presidential Committee on the North East Initiative (PCNI) has claimed that fighters of terrorist group, Boko Haram, are paid a sum of N1 million ($3000) on a daily basis.

While speaking at the presentation of the International Monetary Fund (IMF) Sub-Sahara Africa’s Economic Outlook Report in Abuja on Monday, April 29, 2019, he disclosed that Nigerian soldiers at the war front, on the other hand, only earn the paltry sum of N1,000 as daily allowance.

He noted that joining Boko Haram is a lucrative business which makes it easy for the group to keep recruiting youths in the northeast where it has carried out attacks relentlessly for the past 10 years.

He said, “I will give you an example. The Nigerian military, for example, gets N1, 000 per day for being in the northeast, at the war front, as an allowance.

“The same northeast, where if you are a member of Boko Haram you get $3,000 per day, as allowance.

“So it is lucrative. Sometimes they even give you money upfront. So we must do something about the youths from where they are recruiting.” 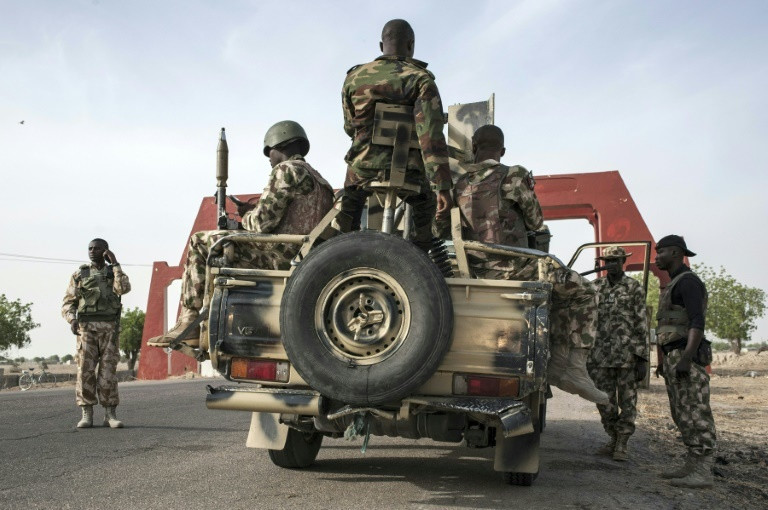 Mohammed, the Head of the Humanitarian Assistance and Rehabilitation arm of the PCNI, said the government might have to consider giving amnesty to the terrorists if it’ll end the group’s insurgency.

He said, “Part of the reason why this problem has refused to go away is the abundant natural resources in the Lake Chad Region. We need to think outside the box. It is now more like a cartel.

Since the group’s insurgency escalated in 2009, Boko Haram has killed around 30,000 people and displaced millions in the northeast region, with its operations also extending to border countries like Cameroon, Chad and Niger.

Even though the powers of the Abubakar Shekau-led main faction of Boko Haram has been on the wane in the past couple of years, another faction, the Islamic State West Africa Province (ISWAP), has grown in influence and carried out several savage attacks on military bases last year.

Mohammed said ending the Boko Haram insurgency would require a lot of thinking outside the box because the conventional ways of fighting a warfare cannot work.

He said the failure of governance must be fixed so that Boko Haram can no longer exploit the vacuum created most especially between local communities and their local officials.

Uti Nwachukwu beg for the curses that Tboss’s father Placed

Tobi Bakre left stranded at a luxury store abroad as his MasterCard fails.